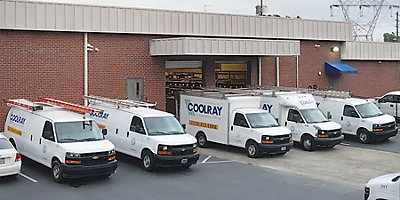 (Marietta, GA, January 27, 2010) – For the eleventh consecutive year, Coolray and Mr. Plumber has won the Consumers' Choice Award™ for Business Excellence (2000-2010). The Consumers' Choice Award™ is considered the “Seal of Excellence,” representing not only the overall achievement of a company but also a far greater accomplishment, the trust and loyalty of its customers.

The Consumers' Choice Award™ for Business Excellence has been honoring companies who excel in their respective categories since 1987. This program is an annual event with a new study conducted each year with the purpose of publicly identifying those establishments that have been voted by consumers as being their choice for excellence. The Consumers' Choice Award™ is considered the most prestigious tribute to businesses that serve their clients well.

Coolray and Mr. Plumber stand out as industry leaders, having served Atlantans with trustworthy and dependable service since 1966, while providing the highest quality air conditioning, heating, indoor air quality, and plumbing services. Ken Haines, President of Coolray Heating and Cooling and Mr. Plumber says, “This award is a great honor to us because we weren’t nominated by a panel of judges, but rather our customers, neighbors and friends. Their trust and loyalty is invaluable to us! We attribute our success to our business principles which are based on people helping people, with honest, dependable service backed by leading edge warranties and guaranties to ensure our customers’ 100% satisfaction.”

About Coolray Heating and Cooling, Inc.

Coolray Heating and Cooling is a locally owned and operated business, founded in 1966. They serve the greater Atlanta area with offices in Marietta, Suwanee and Jonesboro with a staff of more than 230 full time employees